Witnessing Life in Gaza through the Lens

Article by Anne Paq, photographer and co-producer of Flying Paper, May 23, 2012 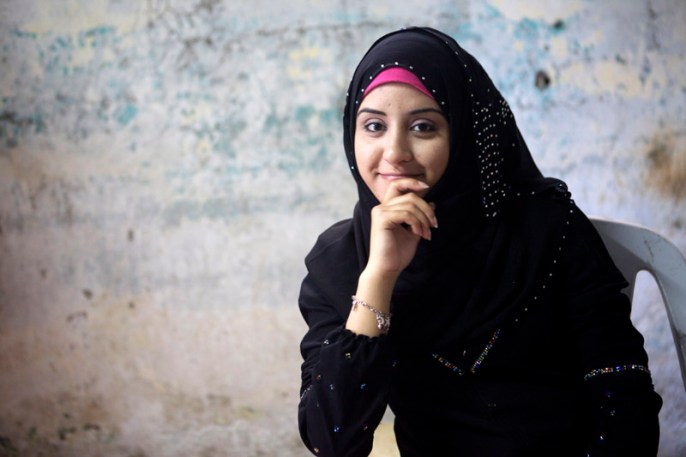 Abeer, one of the lead characters of the film Flying Paper. Photo by Anne Paq, Jabaliya refugee camp, Gaza, May 2012

I just came back from my fourth trip to Gaza. I am a French photographer based in Bethlehem (the West Bank) for many years and a member of the photo collective Activestills. For over 5 years I have been involved in the community-based filmmaking project Voices Beyond Walls, founded by Nitin Sawhney, the co-director of the upcoming film Flying Paper. The participatory media initiative empowers Palestinian youth in refugee camps with new media skills and aesthetics to turn their own stories into powerful films.

Last February and more recently this month in May, I spent time in Gaza to continue work on the documentary film, Flying Paper, by capturing footage there and a voiceover with Abeer, an energetic 17 year-pld Palestinian girl from the Jabaliya refugee camp, who was trained in the Voices Beyond Walls workshops in 2010 and subsequently began working on this film.

I came back very sick from Gaza, partly because of my physical exhaustion and also probably from being a bit emotionally drained by the whole situation there. Some of the stories I heard are just dreadful: A family that I had been visiting over the months, has been living in tents since the last two years after they decided that they could not stay in their house located just 400 meters from the Green Line (with Israel). The house was shelled two times and in one recent bombing Ne’ma, a Palestinian mother of 5 children was killed. Nasser, her husband, is now struggling to build a new house in a safer place for his children.

I also visited families in refugee camps who live in very dire conditions: up to 11 people in one small room; some people have to sleep in the kitchen or above the toilets. In those families several members are often sick, from children having asthma to mental illness. In one house, a woman had her legs broken in different parts because the roof fell on her. With no jobs, no hope in the future, confined to a tiny space without electricity for several hours every day: how can one stay sane? 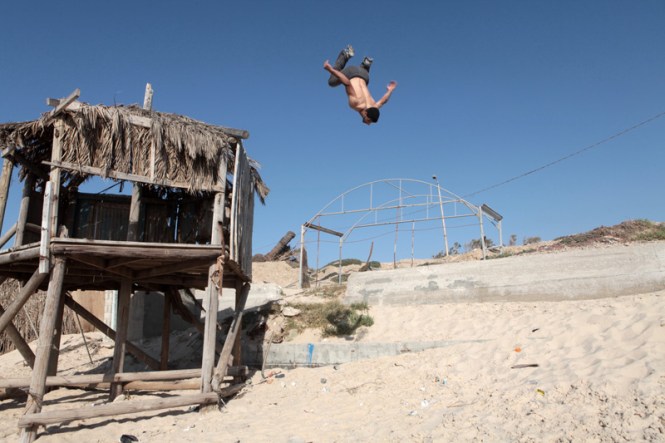 So yes, the general situation is very grim and desperate. However, Gaza has an inner beauty that I also wanted to capture and share. People of Gaza amazingly find strength and their way of coping is sometimes breathtaking. The seacoast is simply stunning; there is a buzzing subculture of arts and music that is alive and well. I met with artists, bloggers, activists, performers, surfers, Palestinians doing hip-hop, breakdancing, skate-rolling and parkour, on which I am preparing to write a photo story. Showing these positive stories of Gaza without dismissing the general context of military occupation and the siege is I believe crucial in exposing the complex reality of Gaza and reaching out to more people worldwide. I was therefore very happy to devote part of my time doing so while in filming essential footage needed for the documentary film Flying Paper. 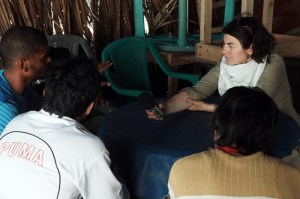 Interviewing a team of youth Palestinians training for Parkour in the Khan Yunis refugee camp in Gaza. Photo by Grietje Baars, May 2012

In February this year, I had already visited the key characters of the film, Mussa, his sister Wedad, and their grandfather Abu Ziad (the Mukhtar or governor of the village) who all live in the village of Seifa in Gaza Strip, in the dangerous buffer zone very close to the northern border with Israel. I also met again with Abeer in the Jabaliya refugee camp, whom I knew earlier when I visited Gaza in late 2010 and did some follow-up work on the Voices Beyond Walls project. Abeer is a very strikingly intelligent young Palestinian woman with whom I can always relate very easily. She was one of the key leaders in the group of young filmmakers that Nitin Sawhney and Roger Hill (the co-directors of Flying Paper) trained and worked with during their first summer in Gaza in 2010.

Besides being very at ease in front of the camera, Abeer enjoys both filming and asking questions during the interviews. Abeer has an ambition of becoming a professional journalist and I do hope she will pursue her dream as I am convinced from seeing her at work that she has such great potential. In February we worked together on recording some of her own texts that will serve as a narrative thread for the film, spoken as voiceover across key scenes. She came up with some very powerful and poetic words which perfectly embody the spirit of the children of Gaza and the significance of the extraordinary culture of kite flying there despite the dire situation there. Abeer is not just another character in the film; she is fully involved in the making of this film as a co-producer taking the difficult journey with the directors from its inception two years ago. She did have some very useful comments after she saw the first rough cut earlier this year, and we want to continue to work with her in the crucial last stages in finalizing the film’s footage for post-production. Hence, being back in Gaza working closely with Abeer on this film has been a joy for us both.

This time (in May) we worked hard to capture additional footage of Abeer at her home in the heart of the Jabaliya refugee camp and at the beach, where she often goes for solace. Abeer was kind enough to open her doors and spend the necessary time with me, despite the fact that she had crucial high school exams coming up. Filming was challenging and exhausting; Jabaliya being the biggest refugee camp is also one of the noisiest and we repeatedly had to interrupt the interviews because of sudden bursts of sounds. Filming in the street is also not so easy; as almost immediately you find yourselves surrounded by groups of children in the camp who are not used to seeing foreigners around these areas. Overall it went very well, and we had two days of great work together. Despite my physical and nervous exhaustion, I still did have a good time because Abeer is such an adorable person with whom I enjoy talking and sharing ideas; especially about the challenge of being a young woman in Gaza.

Unfortunately with my exhaustion, I experienced a little catastrophe when I simply deleted the wrong folder on my camera’s memory card and deleted all the footage; not only from Abeer but also an interview that I had conducted with Dr. Mohammad A. El-Aydi from UNRWA, one of the lead organizers of the summer games. After one franctic night of trying unsuccessfully to retrieve the files and not much time left in Gaza, I just decided to reshoot everything again. Both Abeer and Dr Mohammad were kind enough to understand that these mistakes do happen and, convinced of the importance of the film, agreed to do the interviews all over again. Finally Atilla, the younger brother of Abeer, who was trianed in the Voices Beyond Walls workshops and is passionate about computers did manage to retrieve some of the files; this is just one amazing instance that shows how the youth in Gaza are so very resourceful despite the odds.

In the end, we perhaps managed to capture even better interviews and visual shots of Gaza, which I hope will become a crucial part of the film, Flying Paper. I cannot wait to see the final version of the film as it evolves and materializes through editing and post-production over the summer. I also hope that after the film is completed, everyone in the film production team will find a way to together come visit and screen the film directly among the children and people of Gaza. Only they can judge how best the film cinematically captures the compelling stories of their lives. 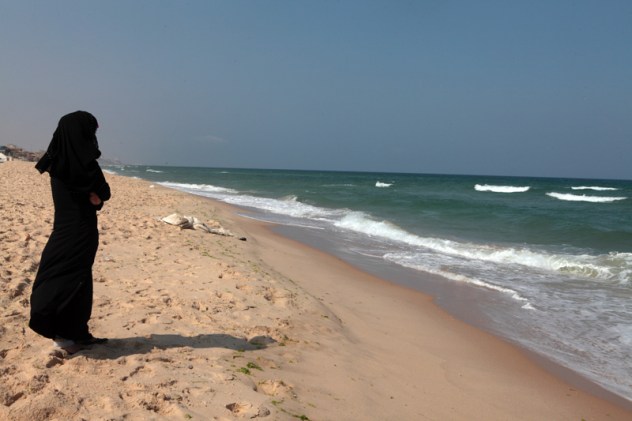 Abeer standing in solitude along the sea in the Gaza Strip, Photo by Anne Paq, May 2012