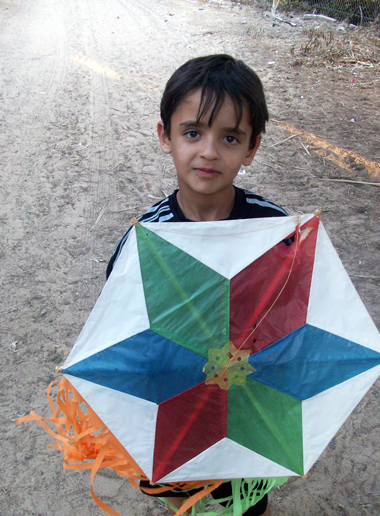 Flying Paper tells the uplifting story of resilient Palestinian youth in the Gaza Strip on a quest to shatter the Guinness World Record for the most kites ever flown.

This feature-length documentary film is directed by Nitin Sawhney and Roger Hill and co-produced with a team of young filmmakers in Gaza.

Since summer 2010, we began working with a great team of Palestinian youth whom we trained through our Voices Beyond Walls youth media program to cinematically capture the culture of kite making and flying among youth and their spectacular record-breaking event, despite the ongoing blockade in Gaza.

Many people around the world (Boston, New York, San Francisco, Toronto and Gaza) have contributed to the making of this film. We were fortunate to be awarded a small National Geographic All Roads Seed grant last year; these and family contributions have allowed us to complete much of our production work thus far.

A professionally-edited film with a strong following will allow us to raise additional funds for further post-production, approach international broadcasters, and distribute the film to audiences worldwide.

We launched our first Kickstarter Campaign on April 24th, 2012 to raise at least $25,000 to fund completion of the film’s Final Cut by the end of the summer 2012. Remarkably we raised $28,956 (or 115%) from 286 backers by June 5th, 2012. See our latest Kickstarter Updates to hear about this successful campaign. The overall budget of $85,000 has been supported by the filmmakers personal expenses and support of friends and family.

While the post-production work on the film was completed by May 2013, we are seeking additional contributions to cover the film's outreach and publicity campaign. Even small donations can make a huge difference for independent doc films like ours. 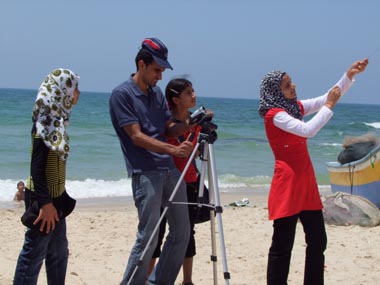 We hosted a brief sneak preview of the film at the New School in New York on May 21, 2012. The film had it's international premiere at the London Palestine Film Festival on May 7th, 2013.

The film is currently available with subtitles in 4 languages: English, Arabic, Spanish and French, so that it can be seen more widely around the world. If you are interested in hosting a screening of the film at your festival or institution, please let us know.

We hope this film will showcase the creative voices of Palestinian youth, one that American and global audiences so critically need to hear amidst the ongoing turmoil in the Middle East and the recent youth movements for change occurring across the region.