A cinematic journey into the creative culture of kite making & flying among
Palestinian youth in the Gaza Strip and a quest to break the Guinness World Record.

The film opens in the small village of Seifa in the northern border area of the Gaza Strip with Israel.  Two young girls fly a handmade paper kite down the road leading to their village.  Musa a 14 year old boy and unofficial leader of the village youth calls for one of his cousins to run off and gather the paper and flour paste needed to construct a kite.  Musa and his wise-cracking sister Widad begin the construction of a newspaper kite while the children of the village sing and watch eagerly.  Upon construction the kite is launched, but crashes hard on a nearby pole above a cactus plant.  The kite is ruined, but Musa and Widad are undeterred,  Widad challenges Musa to a build-off to determine who is the best kite maker in the family, the stakes of the sibling rivalry are set.  Tomorrow they will split into teams, build kites, and challenge each other at Waha Beach at sunset to determine whose kite reigns supreme.  Throughout the film Musa and his sister Widad remain at the heart of the story as we follow their developments in life through the rich Palestinian tradition and cultural expression of kite making.

Using stop motion animation the opening titles depict an Animated Kite character being formed and launched into the sky.  The kite will reappear throughout the film moving the story from one location to another.  The kite also serves as a character expressing the dangers that live in a Palestinian child’s imagination.  Shortly after the kite character is introduced we travel to the Jabaliya Refugee camp, the largest and most densely populated in Gaza.  We hear a young woman’s voice and soon see Abeer, a young woman of 16 and aspiring journalist.  Abeer speaks of the camp, its troubles, but also the feeling of community in the camp as one big family.  Abeer returns throughout the film, narrating periodically and conducting interviews with Palestinian youth and the organizers working with the United Nations to set the world record for the most kites ever flown at once.  Abeer however is more curious about the poetic and symbolic meaning of kite making and flying amongst youth in Gaza.

Abeer and her team explore many perspectives on kite cultures through pointed interviews during their travels across Gaza and at the beach on the monumental day of the festival.  As we follow Abeer, her smart but aloof camera operator Hamad, and the rest of the youth production team we begin to appreciate Abeer’s captivating persona, as her demeanor veers back and forth between that of a professional interviewer and a curious and contemplative young woman. When her sidekick Hamad is not filming we catch him periodically latching on to the most exciting thing happening in the moment, be it flying a kite or riding a motorbike; his mischievous nature leads the audience to moments of comic relief as he showcases the talents and frustrations of young people living in his densely-packed neighborhood in the narrow alleys of Jabaliya refugee camp.

Musa, ever looking for more competition after settling the sibling rivalry with his sister, spearheads the “aerial photography” team to ingeniously rig a video camera to a kite capable of soaring high it into the air, no small task he discovers as he refines his designs to meet the challenge.  While we track Musa and the family’s endeavors to overcome the challenges of living in the “buffer zone”, we become closer to Musa and his sister Widad, who between moments of humor, speaks frankly about life on Gaza’s edge.

Throughout the film the Animated Kite moves across the ruffled paper map advancing the story to new locations.  The film climaxes on Thursday, July 29, 2010 on the shores of Waha Beach as thousands of Palestinian youth gather in baited anticipation for the launch of over 7,500 kites.  One year after the kite festival we return to Seifa to discover big changes in the lives of Musa and Widad.

The aesthetic and cinematic style of the film is intended to be intimate and direct in following the lives of a handful of young Palestinians in the simple act of making and flying kites in the desolate yet stunningly beautiful landscapes of Gaza. The film purposely uses hand-held cameras and close-up shots with various key characters, while engaging a group of young Palestinians trained as filmmakers to join the production team for authentic interviews and scenes. The footage speaks for itself with personable characters taking the viewers through the narrative and adding a sense of drama through competitive kite flying. The visual dramatic tension of the final scenes of the film as we learn whether the youth actually break the word record are punctuated by intense interviews with the U.N. staff; however it’s the extraordinary stories of the youth themselves that leaves the audience with a new understanding and connection to life on this enigmatic little strip of land on the Mediterranean. 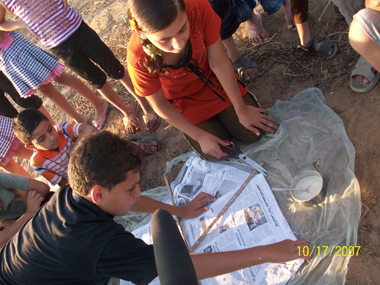 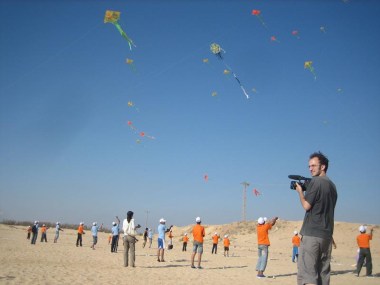 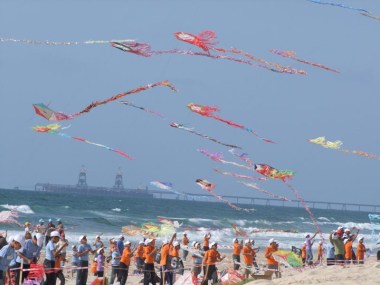 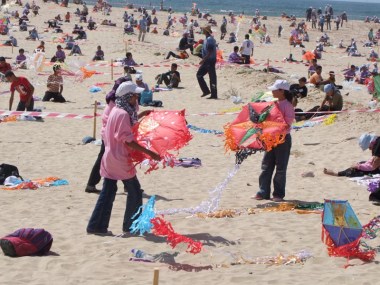 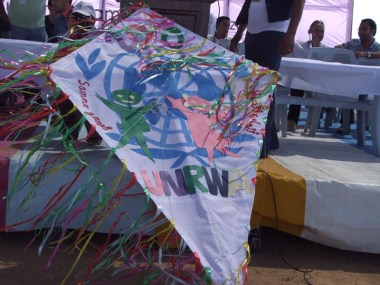 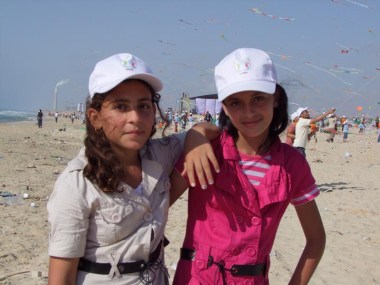