Get Involved: Spreading the word about Flying Paper 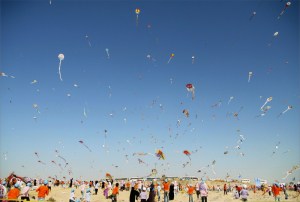 Many people around the world have supported the making of the upcoming film Flying Paper. While not everyone can contribute financially, we hope you can help us spread the word.

The film project has recently been selected by MTV to be showcased on its MTV Voices channel online. There will soon be a trailer of the film distributed in at least 4 languages by MTV Voices among its international audiences.

You too can get involved in the public outreach efforts for the film by utilizing this Social Media Resource Kit and the links below to post information about Flying Paper widely on blogs, social media, independent film, youth culture and Palestine or Middle-East websites.

Film Synopsis: (to post on websites or via email)

Flying Paper tells the uplifting story of resilient Palestinian youth in the Gaza Strip on a quest to shatter the Guinness World Record for the most kites ever flown. This feature-length documentary film (currently under production) is directed by Nitin Sawhney and Roger Hill and co-produced with a team of young filmmakers in Gaza.

Learn more about the film and watch a trailer here: http://FlyingPaper.org
Please support this film on Kickstarter and help us spread the word.

Contributing to the Film: (to share with potential donors)

This project has been supported thus far in part from a National Geographic All Roads Seed grant (awarded in 2011) and contributions from friends and family. A professionally-edited film with a strong following will allow the filmmakers to raise additional funds for further post-production, approach international broadcasters, and distribute the film to audiences worldwide.

The filmmakers completed a successful Kickstarter Campaign to raise nearly $29,000 for the film, and are now seeking additional contributions to cover the film’s overall production budget of $85,000. Even small contributions can make a huge difference for such independent doc films.

Images, Postcards and Posters for the Film: 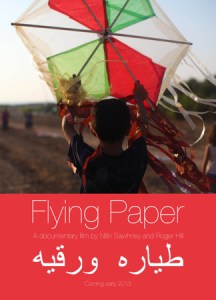 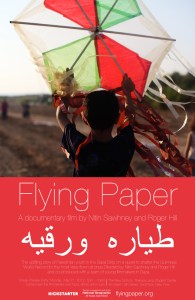 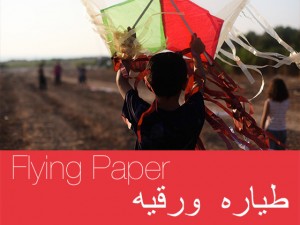