Flying Paper is being screened at many film festivals and special events at venues around the world, while many articles, film reviews and broadcast TV segments about the film are being aired. See the list of all previous and upcoming screenings here, and stay tuned for more updates on our Facebook page. You may also host a screening of Flying Paper in your community.

March 14, 2015 Poppies of Palestine Film Festival, Kuwait.  Kuwait Premiere of Flying Paper.  With an online question and answer with the audience and Co-Director Roger Hill.

May 21, 2014: UN Premiere: UNITED NATIONS Screening of Flying Paper, Wednesday, May 21st 3:30 pm, Dag Hammarskjöld Auditorium, United Nations Headquarters, New York, with co-director Nitin Sawhney and editor Rafael Parra in conversation with Robert Turner, Director of Operations, United Nations Relief and Works Agency for Palestine Refugees in the Near East (UNRWA)- Gaza. WATCH ARCHIVED WEBCAST VIDEO. Hosted by the Working Group of the Committee on the Exercise of the Inalienable Rights of the Palestinian People, UN Division for Palestinian Rights. 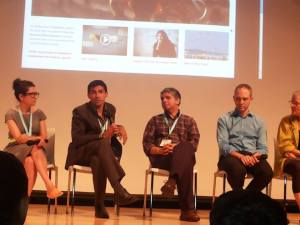 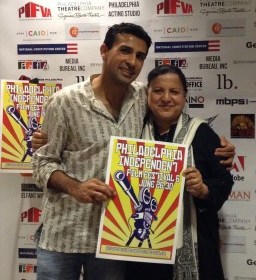 May 1-23, 2013: Exhibition Screening: The Cutting Room’s Freedom in Air Exhibit along with the Kite Runner this month in Nottingham U.K. 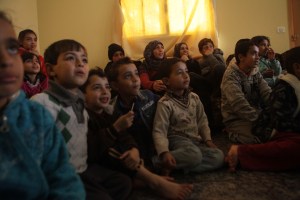 February 27, 2013: Video: Broadcast News Segment on Al Hurra Television by Corine Farhat.  The 13 min segment captures quite well the emotions, symbolism and narrative of the film through interviews with our team and the key scenes (in English and Arabic).

The Seifa village in Gaza is where the main storyline of the film was shot; the screening was met with rousing cheers as the kids saw themselves on screen. After over 3 years in production, this was probably our most memorable moment.

To bring Flying Paper to a festival, venue or private screening near you, please contact us.